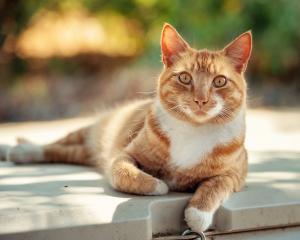 Chances are that if you have an unspayed female cat at home, you have experienced the yowling and marking that accompanies her heat cycle that really never seems to end or occurs more frequently than you prefer. Here at TCAP, we see a lot of female cats, and we know that it can be frustrating to have a female cat at home that is constantly entering her heat cycle. Today we will explore why that is and why getting her spayed is a win for everyone.

What Is a Heat Cycle?

Cats will have their heat cycle (also known as estrous cycle), when a female reaches puberty, or sexual maturity. This occurs in cats at roughly 6 months of age, but it can happen even earlier than that depending on the time of year. Each heat cycle generally lasts six days on average. If the queen (an unspayed female cat) is not mated during estrus, she will go out of heat for a short period of time. Therefore, the complete estrous cycle of a cat can range from anywhere between one to six weeks, with the average cycle length being about three weeks.

When do Cats Enter Heat Cycles?

Cats are seasonally polyestrous, which means that they have multiple cycles during the breeding season. The breeding season will vary according to geographic and environmental factors such as temperature and the number of daylight hours. In the Northern Hemisphere, cats usually cycle from January until the late fall (in Texas, cats tend to cycle from March to September). Cats that live in more tropical regions or mainly indoors however, may cycle year round. 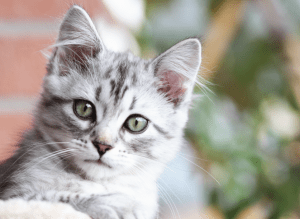 Why Spaying is Important

There is a commonly-believed myth that females must have their first heat cycle or even a litter of kittens before being spayed. Some feel that female cats will become more friendly and sociable if they are allowed to have a litter of kittens before being spayed. This is absolutely not true, and it only serves to contribute further to the serious problem of cat overpopulation.

Spaying your female cat may bring you a better quality of life as your female cat will no longer feel compelled to yowl loudly for mates or mark your furniture, but it also carries major benefits for her as well. Spaying helps prevent uterine infections and breast tumors, which are malignant (cancerous) in roughly 90% of cats. To learn more about the cost of spaying your cat, visit our price page. To make an appointment, give us a call at (940) 566-5551.